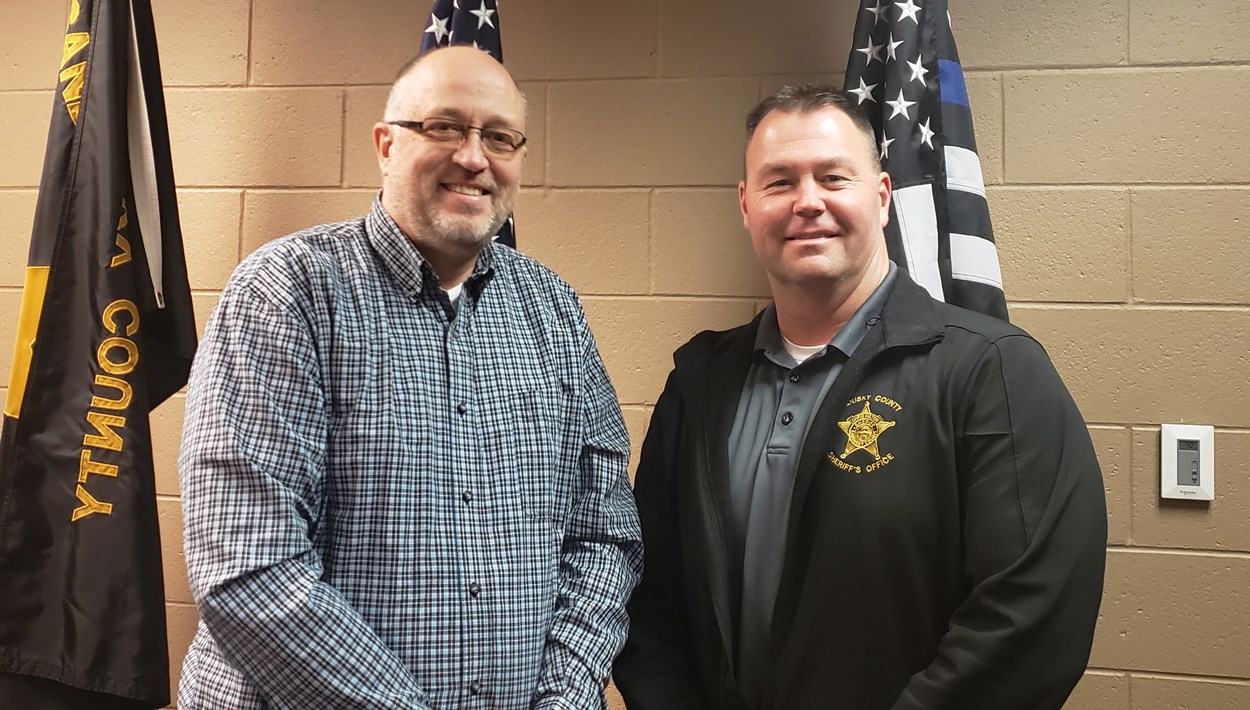 Sandusky County Sheriff Chris Hilton, since being elected in 2016 has quite often been in the headlights of the news media – national, state and local. He consistently garners the attention of both major political parties and their candidates. And understandably so, as he seems to have a lot of support with Sandusky County constituents. It is not uncommon to hear him articulate his “issues” with politics. But Sheriff Hilton has come to accept, by virtue of being an elected official, he is a politician.

Recently Hilton endorsed incumbent Tracy Overmyer, Sandusky County Clerk of Courts – an important and powerful position in the county, the irony of his endorsement is not lost on many; Hilton defeated her brother, the former sheriff. Former Sheriff Kyle Overmyer was sentenced in December 2016 to four years in prison for his misdeeds in the Sheriff’s Office. And sometime this week, Hilton will also publicly release his endorsement of Republican candidate Pastor Gary Click for the 88th House District which is being vacated by Rep. Bill Reineke.

Sheriff Hilton shared with the Hub that these two endorsements are likely all he will be making, with a possible one or two exceptions later in 2020. But he also seems to be giving a nod to a lot of the present incumbents. According to Hilton “the count now is doing well.” He feels relieved he can state that with Tim Braun no longer County Prosecutor. The Sheriff, regarding the incumbents for reelection, states “there is no need for change and so no need for me to endorse all the candidates.”

But in defending his endorsement of Tracy Overmyer, Hilton says she does a “great job.” He officially interacts with her often and has never had any problems” working with the Clerk of Courts. He also believes that Tracy “handles her business professionally and runs her office extremely well.” In his letter of endorsement for Overmyer he offers “Ms. Overmyer runs a very professional, fiscally responsible, accountable office with a well-trained and dedicated staff. Ms. Overmyer is very dedicated with an excellent work ethic…” The Sheriff does not discuss Tracy Overmyer’s alleged problems with other local officials prior to 2016. But in so many words he suggests, that was then, and this is now.

And regarding Gary Click’s endorsement, there is no incumbent running for reelection. Hilton shared with The Hub “Gary is very genuine and cares what I, and others think.” The Sheriff acknowledges Click is a strong conservative but believes Click will represent all, he “doesn’t care what party you belong to…” For Hilton it’s all about how Click will deal and address “our local issues.”

Sheriff Hilton is impressed with how Click is handling his candidacy, “he (Click) has hit the ground running and is building relationships all over the district.” Hilton also sees Click as one with strong state connections, “I think he can get things done…he has proved himself to me.”

Gary Click has been accumulating a number of endorsements (The Hub, January 2) since he entered the 88th District race on August 15, 2019. “The endorsement of Sheriff Chris Hilton means as much as any endorsement that I have received thus far” Click shared with the Hub. Gary also stated, “I am both humbled and honored by the respect and trust that he has placed in me with his endorsement.”

Note : The Hub will continue to provide coverage of endorsements for any local candidate when we become aware of them.

Reprinted from The Hub with permission.